Hello everyone! Today I’m bringing you mini reviews of four books I’ve read from one of my favorite authors!! I love Ilona Andrews. They are an author duo (husband and wife) that I discovered last year and omg I’m glad I did. They write adult urban fantasy and I believe so far they have four series that I know of lol I’m currently caught up in one, restarted one, haven’t started one, and having trouble finding the final book in another.

This series is my favorite!! The synopsis of the first book is as follows:

Nevada Baylor is faced with the most challenging case of her detective career- a suited mission to bring in a suspect in a volatile case. Nevada isn’t sure she has the chops. Her quarry is a Prime, the highest rank of magic user, who can set anything and anyone on fire. Then she’s kidnapped by Connor “Mad” Rogan- a darkly tempting billionaire with equally devastating powers. Torn between wanting to run or surrender to their overwhelming attraction, Nevada must join forces with Rogan to stay alive. Rogan’s after the same target, so he needs Nevada. But she’s getting under his skin, making him care about someone other than himself for a change. And, as Rogan has learned, love can be as perilous as death, especially in the magic world.

I fell in love with this world, this series, these characters, just everything. Plus I am so not a big romance person, but the way they do romance is SOOO good to me.

I love Nevada, her family (especially Grandma Frida), Connor, and Bug. Bug has to be one of my favorite side characters ever. He just makes me laugh all the time. Connor is that cute guy that is super annoying yet you always want him around lol My favorite thing about Nevada is that she is super family oriented. That just made me connect with her so much. Grandma Frida is LIFE! This lady is amazing. She is so not your typical grandma in the slightest.

Now Nevada has two younger sisters, Catalina and Arabella. I bring them up because the first three books in the series follow Nevada. The novella and the next trilogy follow Catalina. 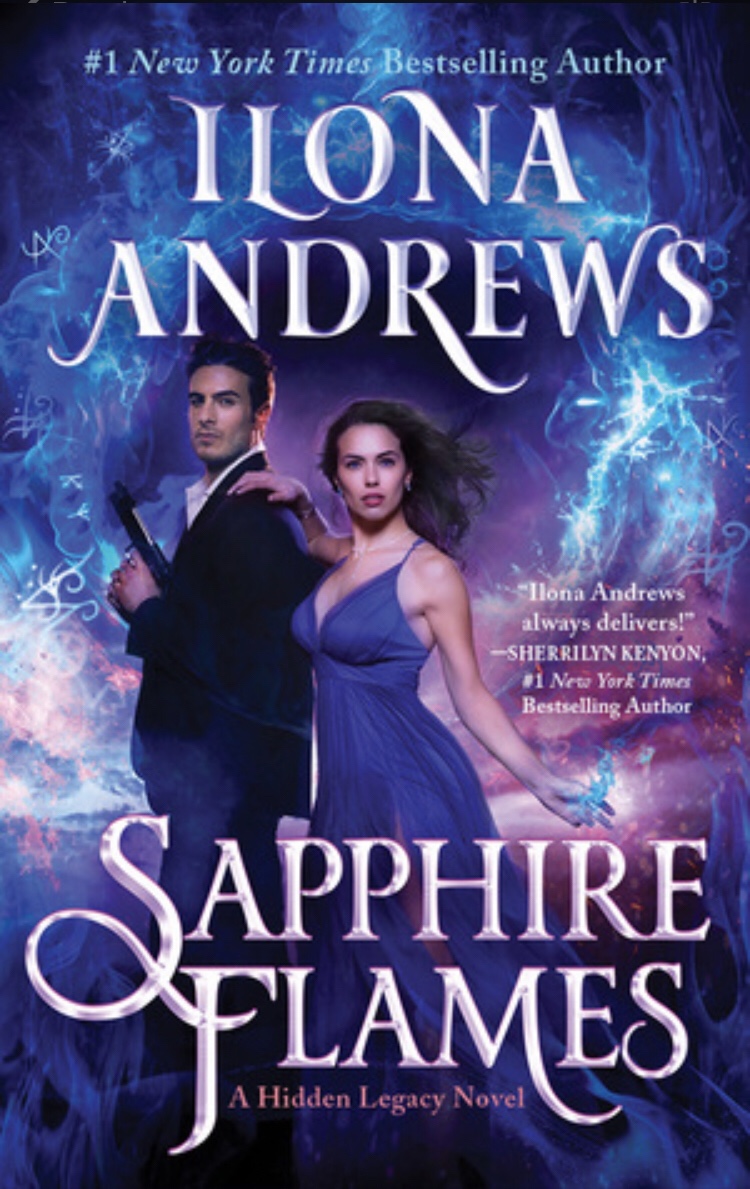 Not giving a synopsis for these because they both spoil major events from earlier in the series. However, I will say that Catalina is so different from Nevada and I love that. Plus Alessandro is….well idk how to describe him lol I gave both of these books 4 stars. This is the series I’m caught up on, and I need book 5 like now lol

This series has 4 books in it, and is the one I can’t find the final book in. I rated On The Edge 5 stars, Bayou Moon and Fate’s Edge were both 4 stars, and Steel’s Edge is the final book.

This series is kind of connected, but only through characters in my opinion. Sort of like those books where a side character in one book becomes the main character in the next book. I feel like book 4 will probably bring everyone together just based off of how book 3 ended. I just need to find it. I will probably end up buying it since I’ve already broken my book buying “ban”. It wasn’t really a ban, I just wanted to get the books I already own read. Half of what I read so far this year has come from my shelves so I felt a reward was in order lol

I’ve actually restarted this series. Granted I only read the first three so it was easy to restart. The synopsis of book one is: 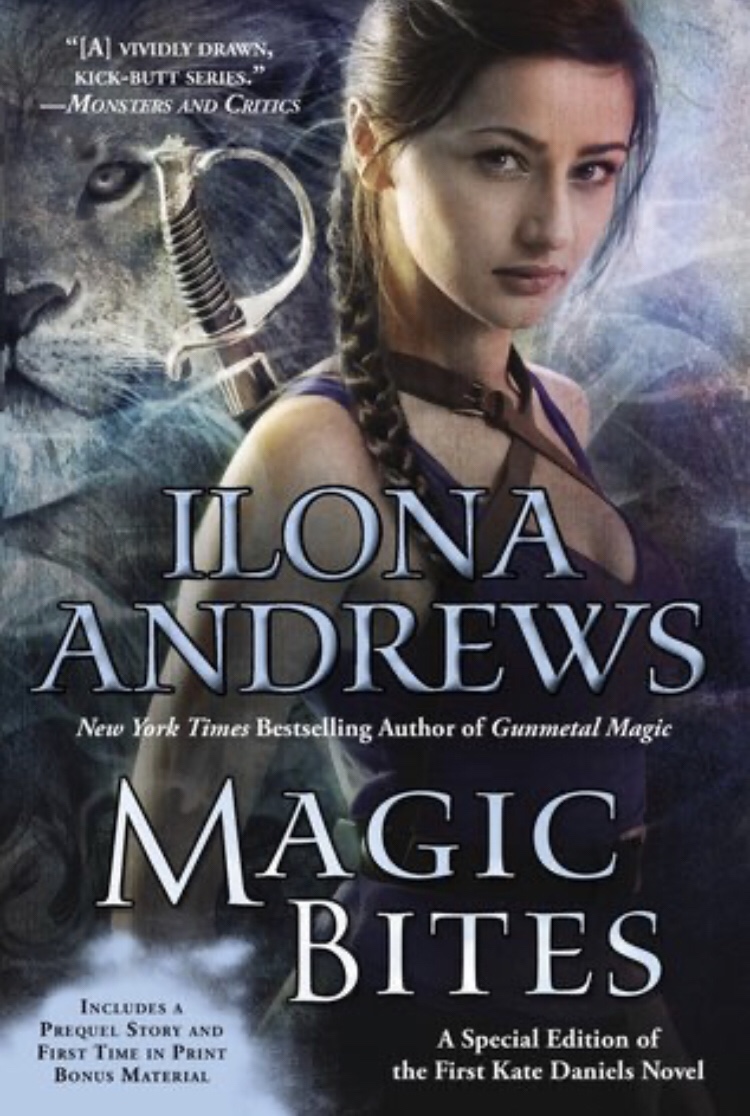 The world has suffered a magic apocalypse. We pushed the technological progress too far, and now magic returned with a vengeance. In comes in waves, without warning, and vanishes as suddenly as it appears. When magic is up, planes drop out of the sky, cars stall, electricity dies. When magic is down, guns work and spells fail. Atlanta would be a nice place to live, if it weren’t for magic…One moment magic dominates, and cars stall and guns fail. The next, technology takes over and the defensive spells no longer protect your house from monsters. Here skyscrapers topple under onslaught of magic; werebears and werehyenas prowl through the ruined streets; and the Masters of the Dead, necromancers driven by their thirst of knowledge and wealth, pilot blood-crazed vampires with their minds. In this world lives Kate Daniels. Kate likes her sword a little too much and has a hard time controlling her mouth. The magic in her blood makes her a target, and she spent most of her life hiding in plain sight. But when Kate’s guardian is murdered, she must choose to do nothing and remain safe or to pursue his preternatural killer. Hiding is easy, but the right choice is rarely easy.

See this is why I don’t read the synopsis. That sounds so boring lol granted I did rate books 1&2 3 stars, however book 3 is where it hooked me. Even after my reread of Magic Bites, I still left it at three stars because it was good but still felt like the beginning of a series.

Kate’s guardian is murdered in like the first chapter so that’s not really a spoiler in the synopsis in my opinion. I just love her. Especially her smart mouth at the wrong times lol plus she is so aware of herself. What you see is what you get. She is probably one of my favorite female leads ever.

I really want to talk about other characters but I don’t want to give too much away. Plus I don’t really remember what was said or done in each book so I don’t want to unintentionally give away spoilers.

Wow this is long lol what was supposed to be mini reviews turned into this. This is what happens when you love an author. Have you read anything by Ilona Andrews? If so, did you enjoy it? Did you not enjoy it? Let’s talk!! Until next time, happy reading 💚

Hi all! I’m Jothany. I want to use this blog as a way to get better at writing reviews on books as well as just a space to release my feelings on books lol plus I’ll update when I participate in readathons. I’m excited for this blog journey! View all posts by Jothany